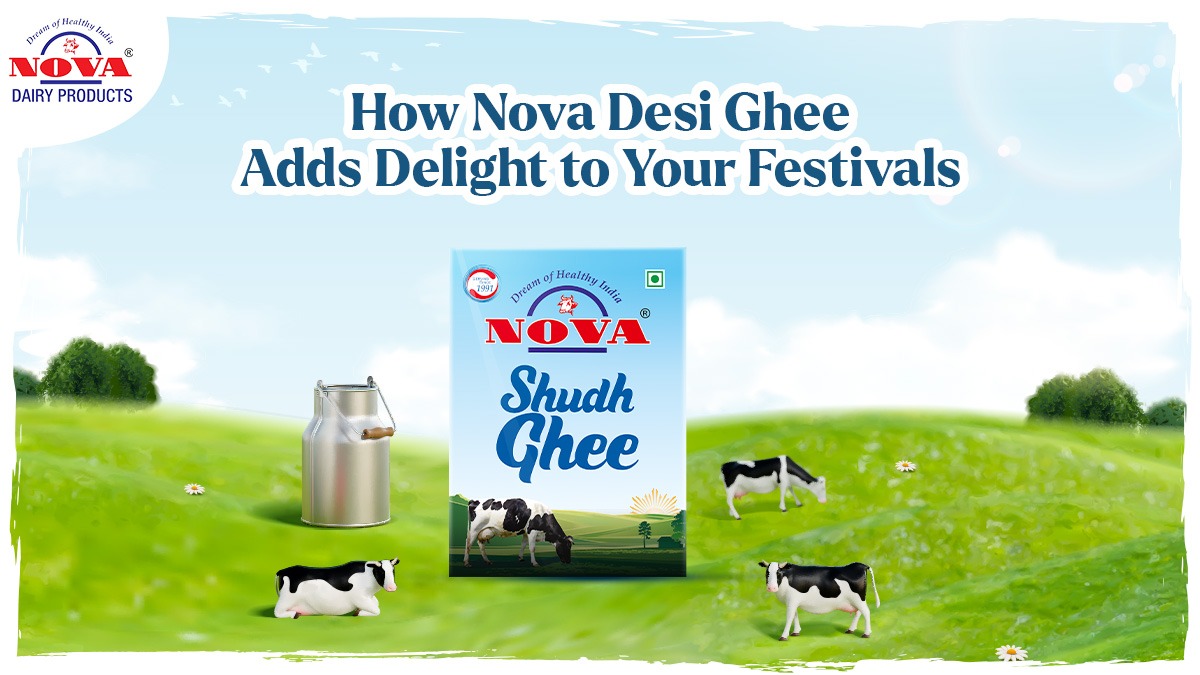 If you’re an Indian and you’re leaving the house for a job, an exam, or any new beginnings, your mother is likely to force you to consume a spoonful of ghee-shakkar since ghee is very auspicious. Even if you say that someone will be able to complete the task that they want with all their might, they would thank you with the phrase ‘tere muh me ghee shakkar,’ which explains why ghee is essential in every Indian home.

We’ll see ghee as the first ingredient in any well-known and excellent culinary item. Did you know that India produces an average of 170,000 metric tonnes of ghee every year? So there you have it! Ghee can be used in any way you wish. It’s an unavoidable component of foods, medications, and, most crucially, festivals. You can also see how ghee has evolved into a super-ingredient, with a fresh package of ghee being purchased every other day for your home.

As a result, this article will discuss why ghee is an essential component of your cooking during festivals

Every holiday would be incomplete without aarti to the almighty, and every aarti-ki-thali would feel a partial inclusion without pure ghee. In general, Indians like to buy a new packet of desi ghee for poojas, and Nova Dairy caters to this by producing pure desi ghee that can be used straight to soak up the wicks. Even the Diyas that are lit around the temple or on the doorsteps of residences is filled with ghee since the wicks will not be doused for a longer period if there is more ghee.

Pouring ghee into a lamp or a Diya is said to bring positivity. When you burn a Diya, you see two colours: red and yellow; but, when you pour ghee into it, you notice a third colour: blue, which is truly spiritual, uplifting, and attracts optimism. We may deduce that the use of ghee is both mythical and scientific.

In Hindu tradition, a havan is one of the most holy oblations. It is a ceremony in which ghee and grains are burned as offerings. These are typically conducted to commemorate the birth of a family member’s kid, weddings, housewarming poojas, or any other significant occasion.

Its origins may be traced back over 3000 years. Offering anything precious to the gods and goddesses, the Vedics believed, was a manner of asking for something in return. Because the offerings are consumed by the fire, it might be considered a sacrifice. In the havan, food and drinking goods are also presented.

The main element is ghee, which is offered in the fire after each cycle of chanting. The ghee aids in the ignition of the fire, and the havan is kept burning brightly. Not only that, but some think that adding ghee has the power to summon Lord Kubera, the wealth-giver. That is why havan is commonly done when purchasing a new home or relocating, as it will sustain the family’s optimism, prosperity, and healthy-wealthy well-being in their new beginnings.

Ghee – The purest form of kindness

Ghee is butter that has been clarified, and it is the source of the taste of our sweets and celebrations! Ghee is immensely varied, from the sweetness of jalebis to the spicy and sour gravies, and it is safe to say that ghee pours goodness into our celebrations.

Ghee is important in Indian festivities, and procuring ghee is important to Nova Dairy. At Nova Dairy, we think that everyone deserves sufficient nourishment, and that purity and unadulterated food items are simply one element of that. We are only contributing to the same by creating pure ghee.

Conventional uses and benefits of Shudh Desi Ghee
Flavoured Milk and how it has changed over time!
How Nova Desi Ghee Adds Delight to Your Festivals
9 Health Benefits of Nova Pure Cow Ghee
Why is desi ghee beneficial for health?